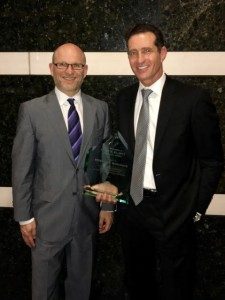 “Another big congratulations to Richard for receiving the Peter M. Elliott Award tonight. This is the top recognition awarded by our community to its leaders. Many kind words were shared about Richard. During his acceptance speech, Richard recognized everyone at the firm by name and thanked everyone for helping him be the person he is. A well-deserved award and a great night for the Marshack family.” Ed

Richard Marshack is the proud recipient of the 2016 Peter Elliot Award. Mr. Marshack is a founding member of the firm, Marshack Hays LLP, and has been a bankruptcy attorney for over 35 years. He is a frequent lecturer and presenter of seminars and lectures on bankruptcy and commercial law issues. Since 1990 he has been a temporary Judge for Orange County Superior Court. Richard has served since 1985 as a bankruptcy trustee in Orange County Calif and has also served as a receiver, provisional director, and chief restructing officer for troubled businesses.

Judge Peter Elliott served as a United States Bankruptcy Judge for the Central District of California from January 1, 1971, until he retired as Senior Bankruptcy Judge in November 1987. After a long, courageous battle with cancer, Judge Elliott died on December 29, 1987. A memorial program conducted by the Financial Lawyers Conference was attended by more than 500 judges and practitioners.

Those who knew, worked for, practiced with, and appeared before Judge Elliot remember him fondly for his scholarship, thoughtful arguments and concise opinions. He was knowledgeable, prepared, effective, efficient, compassionate and even-tempered. By example, and by generously giving his time to continuing education, he fostered those attributes in attorneys – particularly those who were lucky enough to work for him. As an educator, he taught from the bench and his chambers. His honesty, integrity and commitment to ethics were beyond reproach. He expected those who appeared before him to uphold these qualities.

The OCBF Board of Directors believed it was important to establish a tradition in honor of one of the true pioneers of the Orange County bankruptcy community. This award was established to honor the contributions of Judge Elliott and to honor those who have served this community with distinction during their careers.

Members are asked to nominate fellow members who best embody the characteristics including:

b.    Serves as a mentor and/or educator to the insolvency practitioners in Orange County;

c.    Possesses the highest level of honesty, integrity and ethics;

d.    Serves to enhance and improve access to justice; and

e.    Contributes to the development and improvement of the OCBF.

Law and Politics; The Impact on our Courts 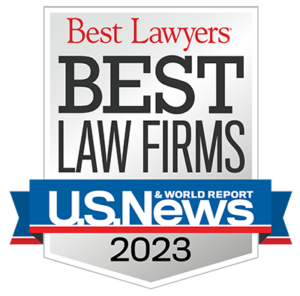