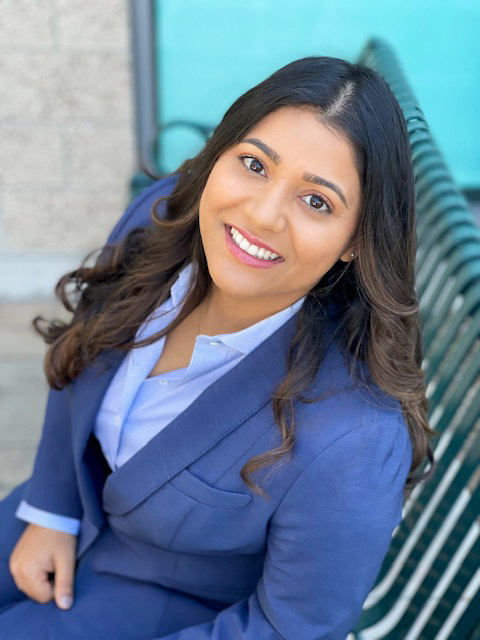 “There really is no better time for women to enter the legal profession.” Ruth Bader Ginsberg, February 2020.

Taking this saying to heart and always armed with a cup of coffee, Laila Masud litigates complex bankruptcy and creditor rights issues at Marshack Hays LLP in Irvine.

During law school, as an extern for the Honorable Vincent P. Zurzolo at the United States Bankruptcy Court for the Central District of California, Los Angeles Division, she served on the Rules Committee where she conducted research and wrote on various issues of bankruptcy law, including local court forms, rules and procedures. She also served as a student leader and was nominated for The Parris Institute for Professional Formation Awards for Excellence in Leadership and Excellence in Peacemaking.

In 2020, Ms. Masud served as the youngest President of the OCBA’s Commercial Law and Bankruptcy Section. Ms. Masud is also a member of the International Women’s Insolvency & Restructuring Confederation.

Ms. Masud’s typical quarantine-work day ranges from representing thousands of PG&E fire victims in the sixth largest bankruptcy in U.S. history to representing various Chapter 7 trustees. Ms. Masud’s reputation for professionalism and integrity is impeccable, to the point where counsel who have opposed her on one case refer work to her in future cases. Advocating attentively, Ms. Masud’s individual clients will tell you of her compassion while her business clients will tell you of her strategic thinking. To some of her clients, she is known as Madame President for her tactful diplomacy. Ms. Masud’s poise, grace, and intellect serve her and her clients well. Ms. Masud is conversant in Spanish, Urdu and Hindi.

In August 2020, Ms. Masud was profiled in the Orange County Business Journal for Woman in Law. Although it has been 100 years since the ratification of the 19th Amendment, there is certainly more glass to be shattered… and Ms. Masud packs a big hammer.