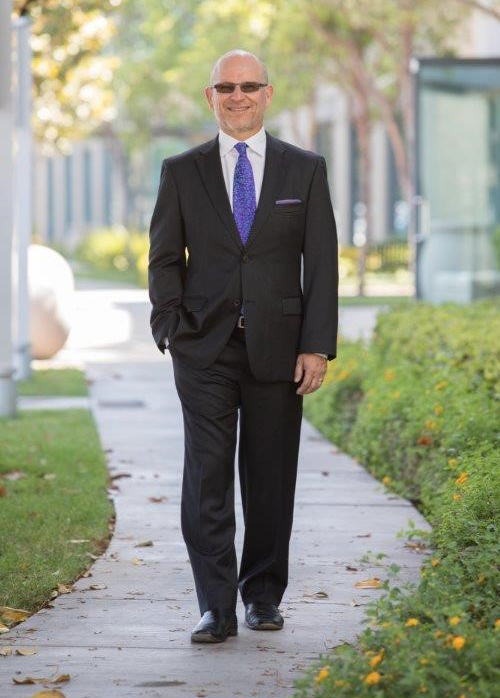 D. Edward Hays is a founding member of the firm of Marshack Hays LLP. He was born in Los Angeles, California. He graduated with honors from California State University at Fullerton in 1989 with a Bachelor of Arts degree in Business. He graduated from the University of Southern California Law Center in 1992 where he was a member of the Hale Moot Court Honors program. Mr. Hays was admitted to practice in 1992. Mr. Hays has been a Certified Bankruptcy Law Specialist with the State Bar of California from 2016 to the present.

In 2011 and 2014, Ed presented at the Southern California Trust and Estate Planning annual conference on the treatment of trusts in bankruptcy. In

In 2018, Ed presented an all-day seminar on Evidence to the National Association of Consumer Bankruptcy Attorneys. In 2019, Ed was asked to speak at the annual conference of the National Association of Bankruptcy Trustees on the administration of trusts in bankruptcy. In 2019, Ed was selected to present a seminar on evidence at the National Conference of Bankruptcy Judges in Washington, DC. During that trip, Ed was also admitted to appear before the Supreme Court. After representing the prevailing party in the California Supreme Court’s decision in In re Brace in 2020, Ed presented a seminar jointly-sponsored by all the bankruptcy bar associations in California which was virtually attended by 500 people. In 2021, the NABT has invited him back to speak again at its annual conference. He has also moderated multiple programs where bankruptcy judges served as panelists.

In his spare time, Ed is an endurance athlete. In 2004, Ed won the State Bar 5k race and, in 2005 and 2006, was the runner-up. He also actively participates in triathlons completing two full-distance Ironman races in 2000 and 2003; eight half-Ironman races between 1999 and 2017; and the Escape from Alcatraz in 1998. Ed has also completed the following marathons: Rome Marathon, Los Angeles Marathon, New York Marathon, St. George Marathon, the Revel Big Bear Marathon, and the Madison Marathon and Big Sky Marathon (both of which are part of the Greater Yellowstone Adventure Series). He has also completed multiple ultra-marathons including the 50-mile Avalon run on Catalina Island and the 33-mile Holcomb Valley Trail Run. In 2016, Ed competed in the Grand Circle Trailfest which was three straight days of trail runs in Bryce Canyon National Park, Zion National Park, and the North Rim of the Grand Canyon placing 18th overall out of 400 runners and 2nd in his age-group. In 2018, Ed competed in the 3-day Coastal Redwoods Trailfest placing 4th overall out of more than 200 runners and 1st in his age-group. In 2019, Ed’s 3 hour and 21 minute finish in the Big Bear Marathon qualified him to compete in the 2021 Boston Marathon. In 2020, Ed is on pace to cycle 5,000 miles and run over 1,200 miles.

In 2019-2020, Mr. Hays was the President of the statewide California Bankruptcy Forum.

In 2000 and 2017, Mr. Hays was the Chair of the Commercial Law & Bankruptcy Section of the Orange County Bar Association.

In 2004, Mr. Hays was the Chair of the Resolutions Committee for the Orange County Bar Association and has served as a delegate to the State Bar Conference on behalf of Orange County for at least 12 years.

In 2004-2005, Mr. Hays served as the President of the Cal State Fullerton Alumni Association and was selected that year as a CSUF Volunteer of the Year.